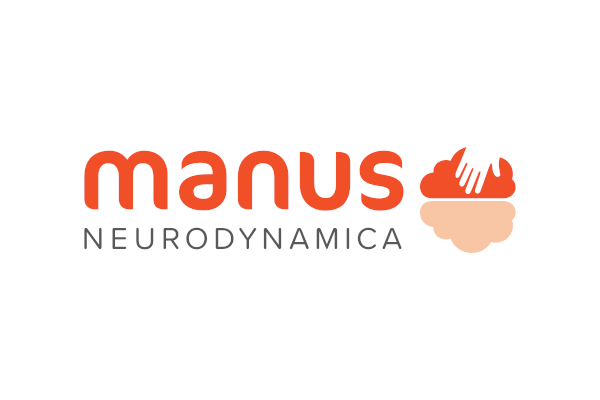 Edinburgh, UK – 16 February 2021: Manus Neurodynamica Limited (“Manus”), which develops and markets products and technologies for neuromotor assessment, announces the results of a clinical study to validate the Manus system’s ability to distinguish Parkinson’s Disease (PD) from other movement disorders. The study was conducted at Northumbria Healthcare NHS Foundation Trust, North Shields, UK, and involved 132 first-time attendees at a movement disorders clinic for whom the consultant was unable to make a diagnosis based on clinical evaluation alone.

The results showed that NeuroMotor Pen™ (NMP) can be used to distinguish PD from other movement disorders with an accuracy of 80% and a sensitivity of 95% (correctly identifying patients with PD from within those positive for a movement disorder). This accuracy is greater than that reported for the gold standard diagnostic, DaTSCAN, which involves injecting patients with a radio-labelled drug and taking images of the brain.

A previous study in 100 patients with an established diagnosis resulted in an accuracy of differentiating PD from other tremor disorders of 82% for essential tremor; 70% for functional tremor and 72% for enhanced physiological tremor.

The improvement in performance in the current study is significant, especially as this is a more challenging patient group in which only mild symptoms are apparent and the specialist is unable to make a definitive diagnosis of PD over other disorders.

These new data will be included in a dossier to be submitted to the US regulator, the FDA, as Manus begins the process of obtaining approval to sell NMP in the United States.

Manus’ product is a unique and patented diagnostic system which combines sensor technologies built into a digital pen with associated proprietary analytical software to capture and analyse minute limb and hand movements. These measurements provide objective information about movement abnormalities. The system is CE-marked as a Class 1 medical device to support the diagnosis and monitoring of Parkinson’s Disease.

The Company, based in Edinburgh, was founded in 2008 and is a spin-out based on Dr Rutger Zietsma’s work in the area of neuroscience and handwriting with Prof Bernard Conway at the University of Strathclyde, Glasgow.

Professor Richard Walker, Principal Investigator, Consultant Physician (Northumbria Healthcare NHS Foundation Trust) and Honorary Professor of Ageing and International Health (Newcastle University) said: “An early and accurate diagnosis of Parkinson’s is crucial to give patients access to the range of treatments and therapies available. Early intervention can improve quality of life. NMP may help specialists to improve the certainty of differential diagnosis, potentially avoiding the need for DaTSCAN, and saving time and money.”

Dr Rutger Zietsma, Chief Executive Officer of Manus Neurodynamica, said: “We have now shown that NMP and our analytical software are able to differentially diagnose Parkinson’s from other tremor disorders with an accuracy which is at least as good as the current gold standard. These new data allow us to initiate the process of seeking US regulatory approval for NMP as an inexpensive, non-invasive, accurate and clinically validated diagnostic for Parkinson’s Disease”

Its principal product is a sensory pen designed for use in the diagnosis and monitoring of neuromotor impairments. The pen particularly focuses on patients with Parkinson’s disease and uses limb and hand motion to diagnose patients quickly and non-invasively. It has applications across not just diagnosis but also screening, monitoring, rehabilitation and drug development for a number of different movement disorders.

NeuroMotor Pen™ (NMP) is a unique, patented and CE-marked system that combines sensor technologies built into a digital pen with software and an analytical engine with Decision Support System. The interface enables users to record non-invasively and analyse parameters of minute limb and hand motion. This enables quantification of fine motor skill. These parameters are used as ‘digital biomarkers’ to provide objective information about movement abnormalities. NMP can be used to support diagnosis and monitoring of Parkinson’s Disease and other neuromotor impairments. It has the potential to be a quick, inexpensive, non-invasive, and objective aid to diagnosis that can provide a low cost alternative to brain scans.

Richard is a Consultant and previous Director of R & D at North Tyneside General Hospital, and Honorary Professor of Ageing and International Health at Newcastle University. He is the Clinical Lead for the Northumbria Parkinson’s disease (PD) service. His research interests in PD include epidemiology, psychiatric symptoms, palliative care, respiratory symptoms, exercise and sub-Saharan Africa (SSA). He was on the UK PD NICE Guidelines 2017 Development Group and the PD Quality Standard Advisory Committee for NICE. He is consultant lead for the UK Parkinson’s Excellence Network. He has a research interest in other non-communicable diseases in SSA including stroke, epilepsy, hypertension, dementia, fluorosis and frailty. He is Associate International Director for SSA for the Royal College of Physicians, London and is the Clinical Lead for the Northumbria/Kilimanjaro Christian Medical Centre health link which started in 1999. He is immediate past Chair of the Movement Disorders Society African Task Force. He has published over 200 peer review papers.

Scroll back to top